Young Researcher Award in Computing: Mohammed Faouzi Atig has been awarded the Tunisian Academy of Sciences award, Letters and Arts - Beit Al-Hikma, which is given to encourage, acknowledge and reward young researcher who has made a significant contribution in the field of computing.

"This artifact contains the code and benchmarks used to generate the results in the paper, as well as instructions on how to do so. An artifact

is any additional material (software, data sets, machine-checkable proofs, etc.) that substantiates the claims made in the paper and ideally makes them fully replicable".

This is the first Micro Top Picks paper from a Swedish University and the Department of Information Technology. Congratulations to this great distinction for the UART group.

is considered to be the best conference in the field of real-time systems; this is the 3rd RTSS best paper award to Uppsala.

the 29th IEEE International Conference on Tools with Artificial Intelligence.

The same research paper garnered Andreas Soleiman the first prize among all the participants in the graduate category of the ACM Student research competition.

“Dr. Fredrik Lindsten receives the Benzelius award for his fundamental achievements in the intersection between signal processing, machine learning and computational statistics.”

The Royal Swedish Academy of Sciences in Uppsala was founded in 1710 and is Sweden's oldest scientific academy. It is a very active and committed academy, that, among other things, supports Swedish research of the highest quality by awarding prizes and awards to deserving researchers.

The Benzelius award was established in the early 1980s in order to accentuate and reward the achievements of young deserving researchers using the Society's own resources.

Read more about the Royal Swedish Academy of Sciences here.

: Parosh Abdulla and Bengt Jonsson have, together with two French research colleagues, received the prestigious "CAV award" in 2017

. The award is in recognition of their research on verification of correctness for parallel programs and computer systems.

The four recipients of the CAV award have since the 90-s developed increasingly powerful techniques for verification and bug-finding in parallel programs. Among their most important results are general analysis techniques that have had strong and lasting influence on the field, and shown to be applicable to an impressively large number of verification problems, including the automatic verification of multi-threaded programs and network protocols.

Parosh Abdulla and Bengt Jonsson's research has in recent years been conducted under the hood of the UPMARC centre of excellence, where they have developed methods and tools for analyzing parallel programs that execute on multicore processors.

The "CAV Award" is given once per year at the annual conference on Computer-Aided Verification, which is the most prominent international conference for research on computer aided verification. The purpose of the award is to recognize influential and prominent research in the area. Parosh Abdulla och Bengt Jonsson received the award dollar together with Alain Finkel and Philippe Schnoebelen, Paris, at this year's conference in Heidelberg.

More information can be found at "CAV award" in 2017

and at http://i-cav.org/cav-award for previous years.

The motivation reads: Peter Stoica is a master at using theoretical models to describe the spectral appearance of signals. His broad interests include issues such as wireless communications, microwave imaging in locating breast cancer, radar signals, signals from landmines, to name a few. Stoica is one of the world's most cited scientists in the field of engineering sciences and has contributed with important textbooks for our education. 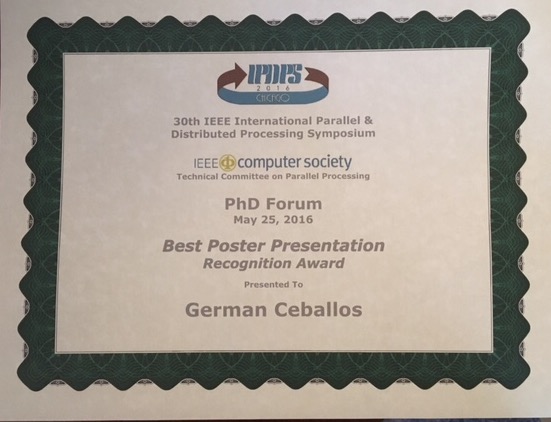 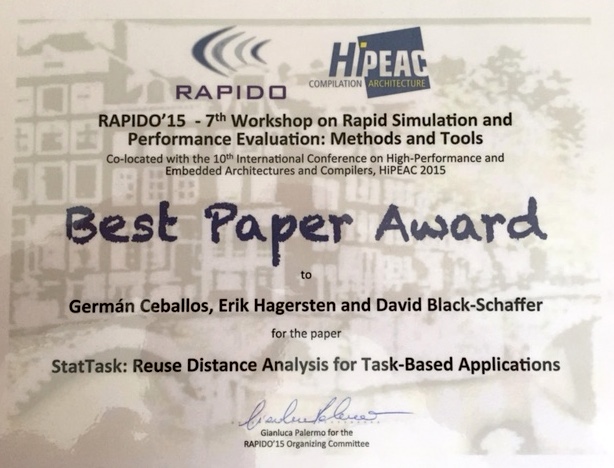 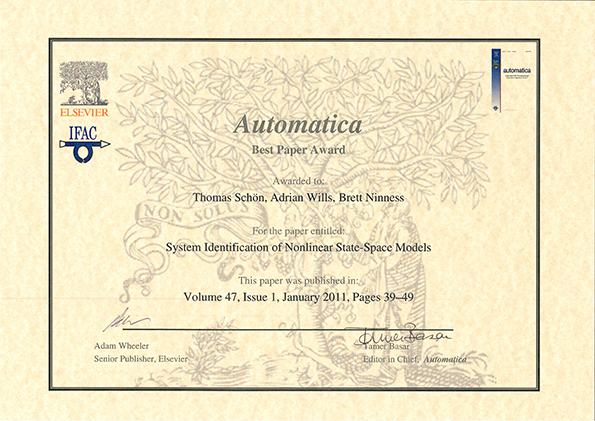 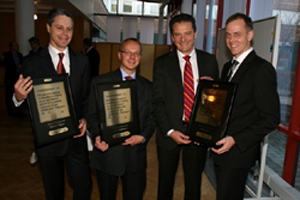 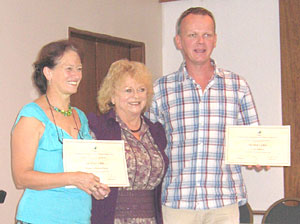